Al-Haj Automotive (aka Proton Pakistan) has rolled out the initial locally assembled unit of the Proton X70 SUV in Pakistan later than a huge interruption being caused by the COVID-19 pandemic. At long last, the Proton X70 SUV has formally made its debut in Pakistan and the C-segment SUV is only obtainable as a CBU model, and there are 2 variation on offer. The palette include Ruby Red, Snow White, Armour Silver, Space Grey and Quartz Black (previously only obtainable on government vehicles in Malaysia, but has lately been sold to the public in small batches). 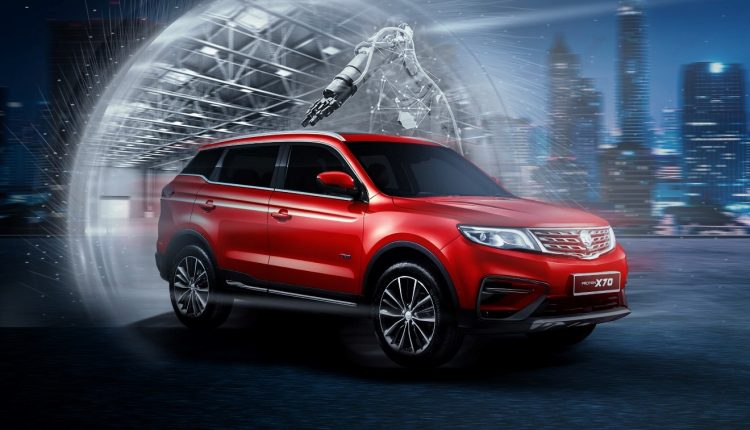 In terms of specifications, together variants are attractive similar to the X70 Executive and Premium X obtainable in Malaysia, apart from the dissimilar engine of course. The company inaugurated its first vehicle meeting plant in October and rolled out the first locally assembled unit of its famed sedan Proton Saga.

The statement was made by the company on their social media and “Al-Haj Automotive rolls out the first nearby assembled X70 from its state-of-the-art vehicle assembly plan, ongoing to set to industry standards in Pakistan.” The charming part is that, thanks to the compact federal excise charge, the CKD X70 will be obtainable in Pakistan for approximately 100,000 Pakistani rupees (RM 2,375).

The attractive bit is the CKD X70 in Pakistan will like a slight price reduction of around 100,000 Pakistan rupees (RM 2,375), thanks to the abridged federal excise duty. Proton Pakistan’s parent company, Al-haj Automotive, apprehended a line-off ceremony to remember the country’s first locally-assembled X70. Due to the pandemic, the influx of the Completely Knocked Down (CKD) unit was considerably delayed.