Pakistan full team squad for the 3 ODI and 3 Twenty20 Internationals will be announced soon and Pakistan have left out their former t20 captain Sarfaraz Ahmed from the 22 man team squad for the upcoming series against Zimbabwe. The chief selector and head coach thought he will watch the 2nd round matches of the First T20 Cup in Rawalpindi that will be begins on 9th October and will also use the chance to continue discussions through his fellow selectors who are also team coaches. 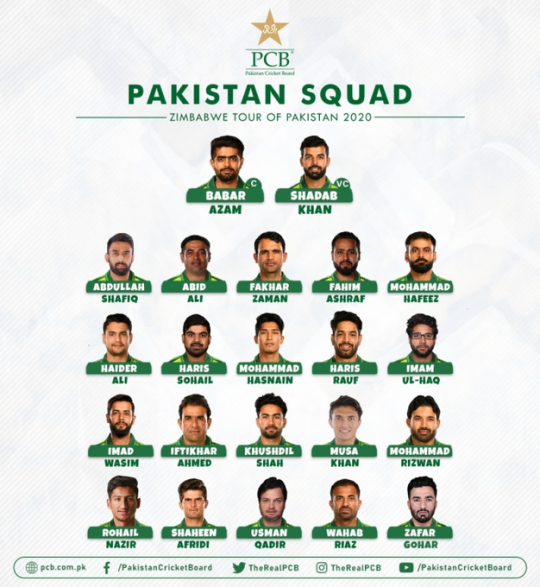 Pakistan have not played ODIs since the home series vs Sri Lanka 12 months ago and the Rawalpindi matches will be part of ICC Cricket World Cup Super League from which the 7 top-ranked sides. The Pakistan Cricket Board (PCB) complete the itinerary for the series, through the ODI matches taking place in Rawalpindi and the T20I matches will be played in Lahore.