New Zealand have are 4 wickets down against Pakistan in the Super 12 stage of the ongoing ICC T20 World Cup 2021 at the Sharjah Cricket Stadium on 26th October Tuesday. Pakistan skipper Babar Azam won the toss and opted to bowl against New Zealand in Sharjah and Babar Azam and Co are oozing through confidence, following their convincing 10-wicket triumph over arch-rivals India on Sunday, and will hope to maintain their winning start to the competition against the Kane Williamson-led side. 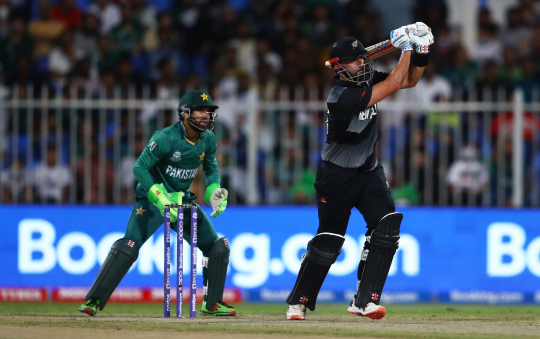 Babar Azam’s team would be eyeing one more big scalp in New Zealand, the team which lately withdrew from a programmed series against Pakistan after landing there, citing a safety threat which, according to the host country, did not exist. Pakistan are facing New Zealand in their 2nd icc t20 match of the T20 World Cup in Sharjah, through the Pakistan fully prepared to take their revenge from the New Zealand.

Later than the 10-wicket rout of India, Pakistan are completely capable of doing a Pakistan and self-destructing vs the New Zealand. Pakistan skipper Babar Azam won the toss and opted to bowl vs New Zealand in Sharjah. Following their resounding triumph against India, the “Pakistan” stay unchanged.